The World's Biggest Liar Competition at the Bridge Inn

The World's Biggest Liar competition is held every November at the Bridge Inn. Each of the competitors – who come from all around the world - have five minutes to tell the biggest and most convincing lie they can. 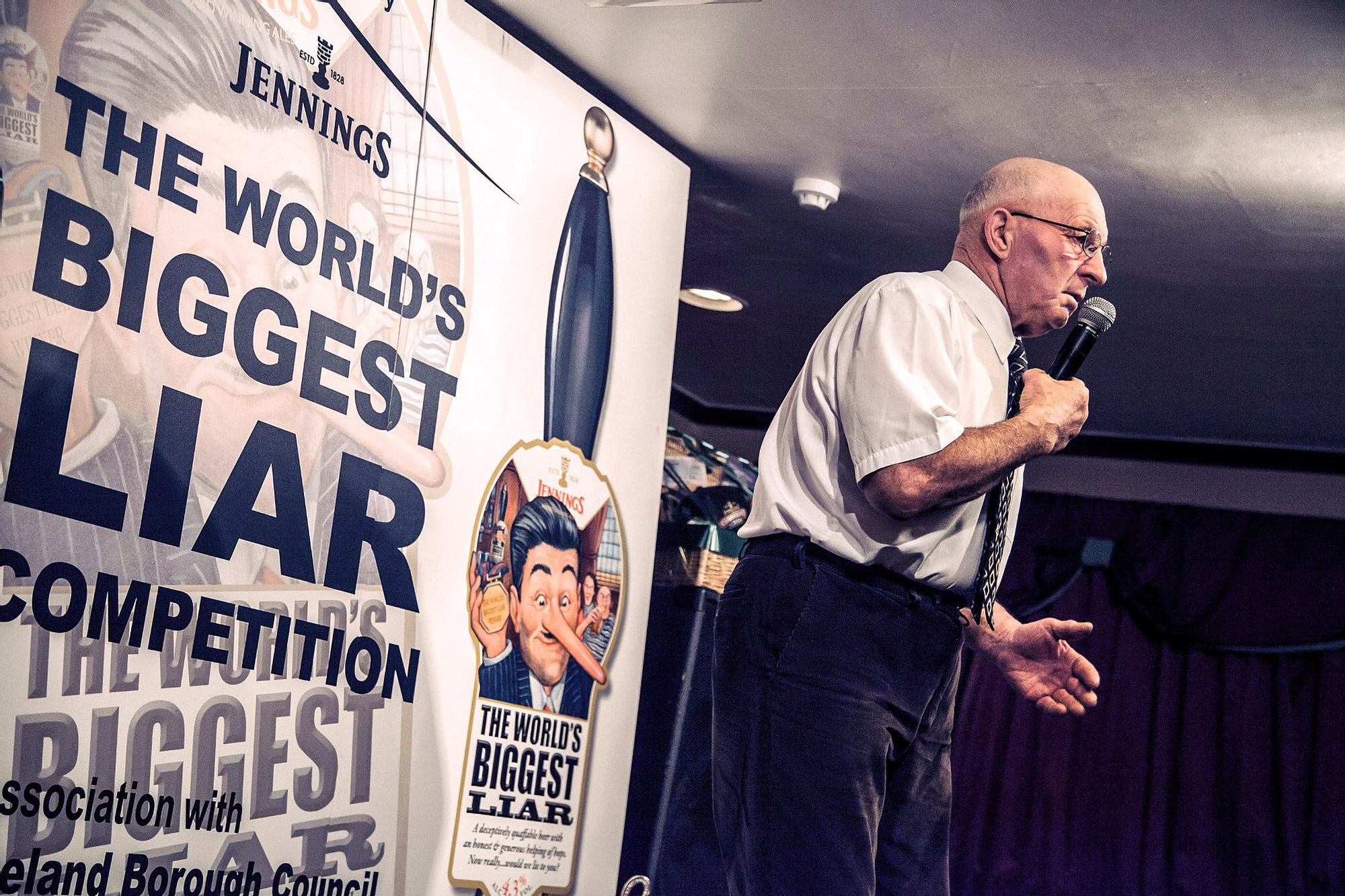 HOW IT ALL BEGAN
‍‍Back in the 19th century, a famous Cumbrian called Will Ritson (1808-1890) was a popular local publican who kept an inn at the head of the nearby Wasdale Valley. Will always kept his customers enthralled with stories of the folk heritage and history of this delightful area.

The valley was already well-known for having England's deepest lake (Wastwater), the highest mountain (Scafell Pike), the smallest church (Wasdale Head Church) – and Will Ritson achieved its fourth superlative when he was declared ‘THE WORLD'S BIGGEST LIAR’!

Of course, Will was a very sincere and genuine man, who insisted that all his tales were true. Perhaps visitors simply didn't have the level of perception with which Will was bestowed. For example, Will claimed that the turnips in Wasdale were so big that after the dalesfolk had ‘quarried’ into them for their Sunday lunch, they could be used as sheds for the Herdwick sheep from the local fells.

Each year, in November, a contest is now held at the Bridge Inn to award the title of ‘The World’s Biggest Liar’ to the person who is worthy of following in the footsteps of ‘Auld Will’. The contest attracts worldwide attention, and in recent years the audience has learned facts such as how the Lake District was formed – not by ice or volcanic action, but the movements of large moles and eels!

Where to find us

Thank you! Your enquiry has been received, and one of our helpful staff will contact you as soon as possible!

Oops! Something went wrong while submitting the form

If you would like to stay at The Bridge Inn or book a table, please contact us by post, phone or email. Alternatively you can send us a simple request using our online enquiry form.